I mentioned in our introductory post that I used to ride a lot when I was younger (and fitter) but it’s been about 20 years since I last plonked myself on a saddle. So getting back on a bike has taken a bit of getting used to. Muscles that used to power my pedals have since withered away, and despite padding appearing around my waist it sadly doesn’t seem to be where I now need it most.

We started training shortly after signing up for the challenge back in July, taking advantage of the long days to get out for an hour or so after work in the evenings, or at the weekend. I’ve really enjoyed discovering parts of my local area that I hadn’t previously explored – inaccessible by car but perfect for cycling.

The North East of England is known for its coal-mining heritage, and a legacy of that in our area is the Waggonways. This 19th century wooden railway network was used by horse-drawn waggons to haul coal from the many collieries in the area down to the banks of the River Tyne, for onward transport to other parts of the country by ship. In recent years these old routes have been revitalised and now form a network of cycle-friendly paths populated by walkers, runners, as well as cyclists. The close proximity of the Waggonways has meant that most of our training rides have involved at least some part of the network.

In September, however, we had a week off work and visited family up in Dumfries and Galloway. This gave us an opportunity to try some new routes and 7stanes was recommended to us, so we headed off to Ae. We did have some concerns about whether we and our bikes would be up to the demands of proper mountain bike trails, but we stuck to the green (easy) and blue (moderate) routes and survived intact (albeit with a hairy descent at one point).

During September and October we were also able to combine our cycle training with foraging from the hedgerows that lined so many of our routes. We managed a healthy harvest of blackberries and rose hips that were transformed into jams, cordials, and syrups to be enjoyed after subsequent training sessions.

Up to this point all of our rides had been relatively short, up to a couple of hours or 30km a day. So in late October, realising the need to get some longer training runs in, we decided to head up to Kielder Water and tackle the 26 mile trail that follows the shoreline of the reservoir. Unfortunately on the day we chose it was blowing a hoolie and the rain was hitting us as hard as hailstones, but we persevered, reminding ourselves that it’s very unlikely we’ll encounter similar conditions in Vietnam and Cambodia! 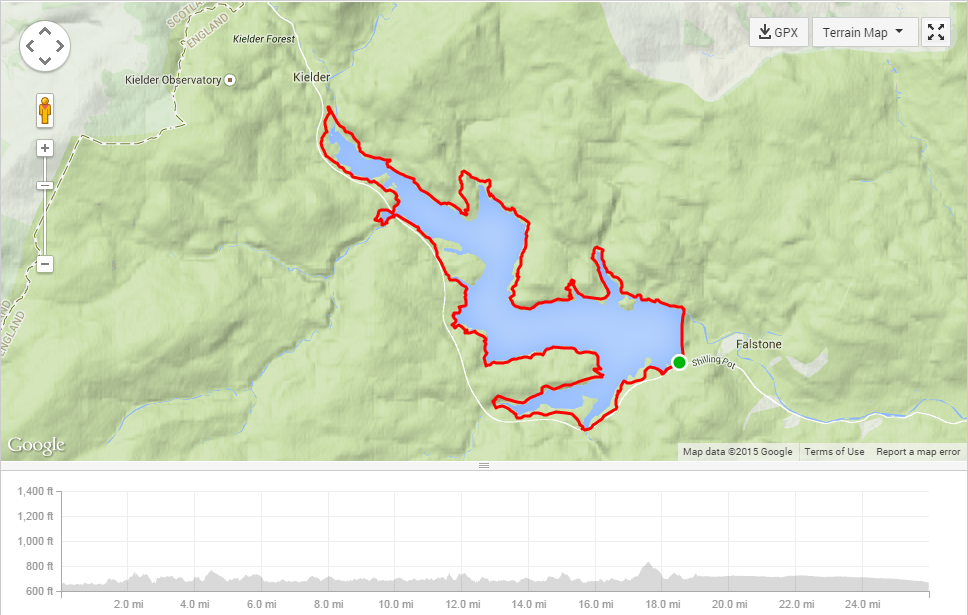 Finding time to train has become increasingly difficult as the nights have drawn in and the crazy month of December arrived upon us. We have a turbo trainer that allows us to do some training indoors, but I find it very uninspiring and akin to being a hamster on a wheel. So once the madness of Christmas was out of the way we headed back outdoors to sample the icy delights of the Waggonways as well as part of the Reivers Route.

Most recently we took part in a local social Sky Ride which covered some of the Waggonways we already knew well, but also introduced us to some new paths that we intend to incorporate in the final month of training ahead. Most importantly though, this gave me the opportunity to experience cycling as part of a larger group which is quite different to cycling alone or even in a small group of 2 or 3 people.

They say there’s strength in numbers and I certainly seemed to find a whole new level of strength, stamina, and confidence, which was a great comfort. Especially having looked at my training logs and realising the total distance I’ve covered in the last 6 months is the same as I’ll be covering in 7 days of cycling in February… Gulp.

And it’s hello from me
Cold weather training

If you're interested in finding out more about the work that CARE International does, or are interested in becoming a lender yourself please visit the Lendwithcare website at www.lendwithcare.org or click on the image below.