This was a day full of drama. A tale of two punctures, three crashes, a sore bum, one dislocated shoulder and a broken fence. But we all survived to tell the tale.

We left the hotel at 7am, after the scheduled 80k was amended to 90k to give us a similar length ride the next day. Our first stop wasn’t far from the hotel, where we visited a Buddhist temple. The custard coloured walls and gold decoration alongside the monks in their orange robes were what we expected, but the neon lightshow inside the temple building was a bit of a shock. 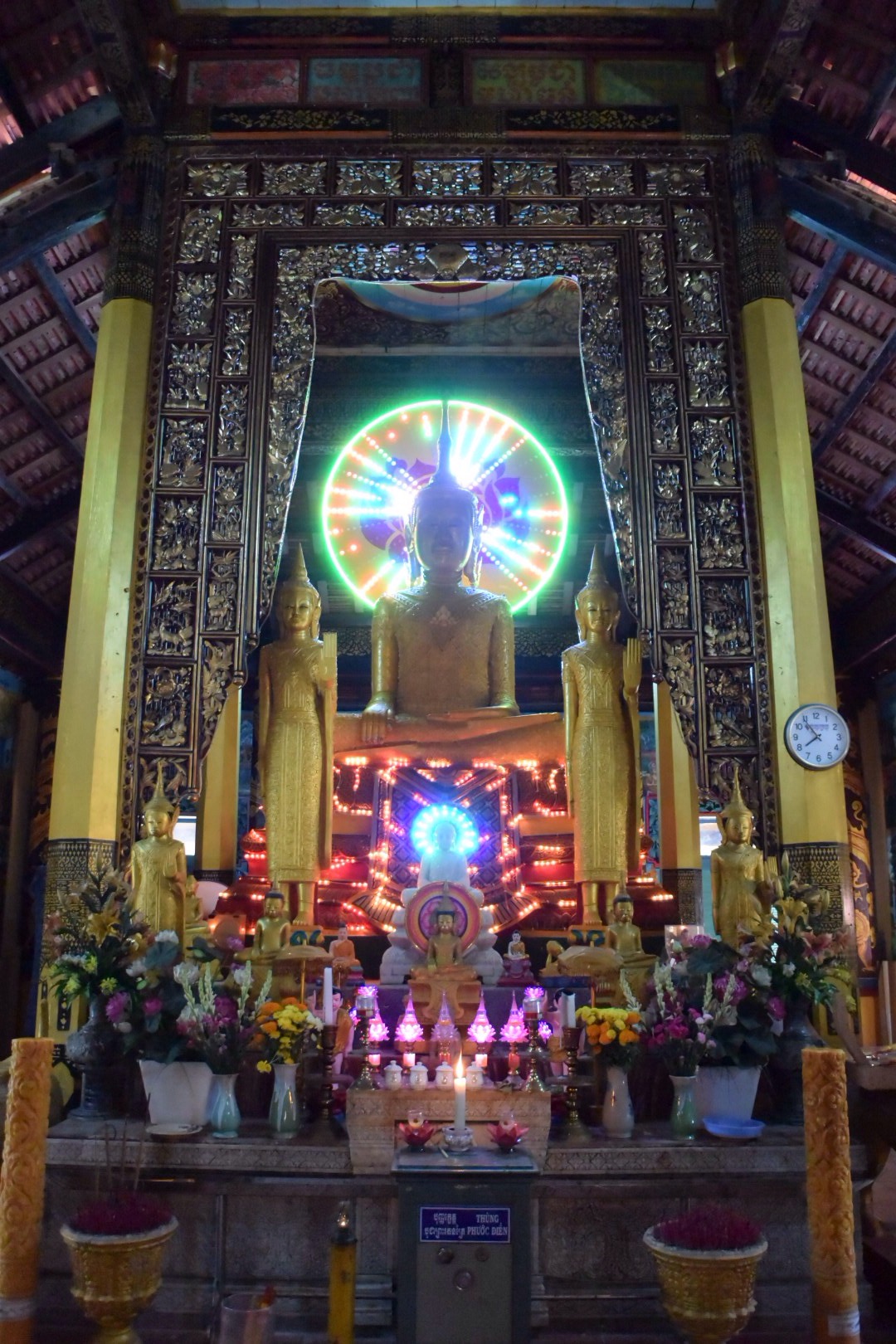 Leaving the temple, we were immediately into a different landscape from the day before. The vistas were more open, flanked by lush green paddy fields instead of coconut trees. 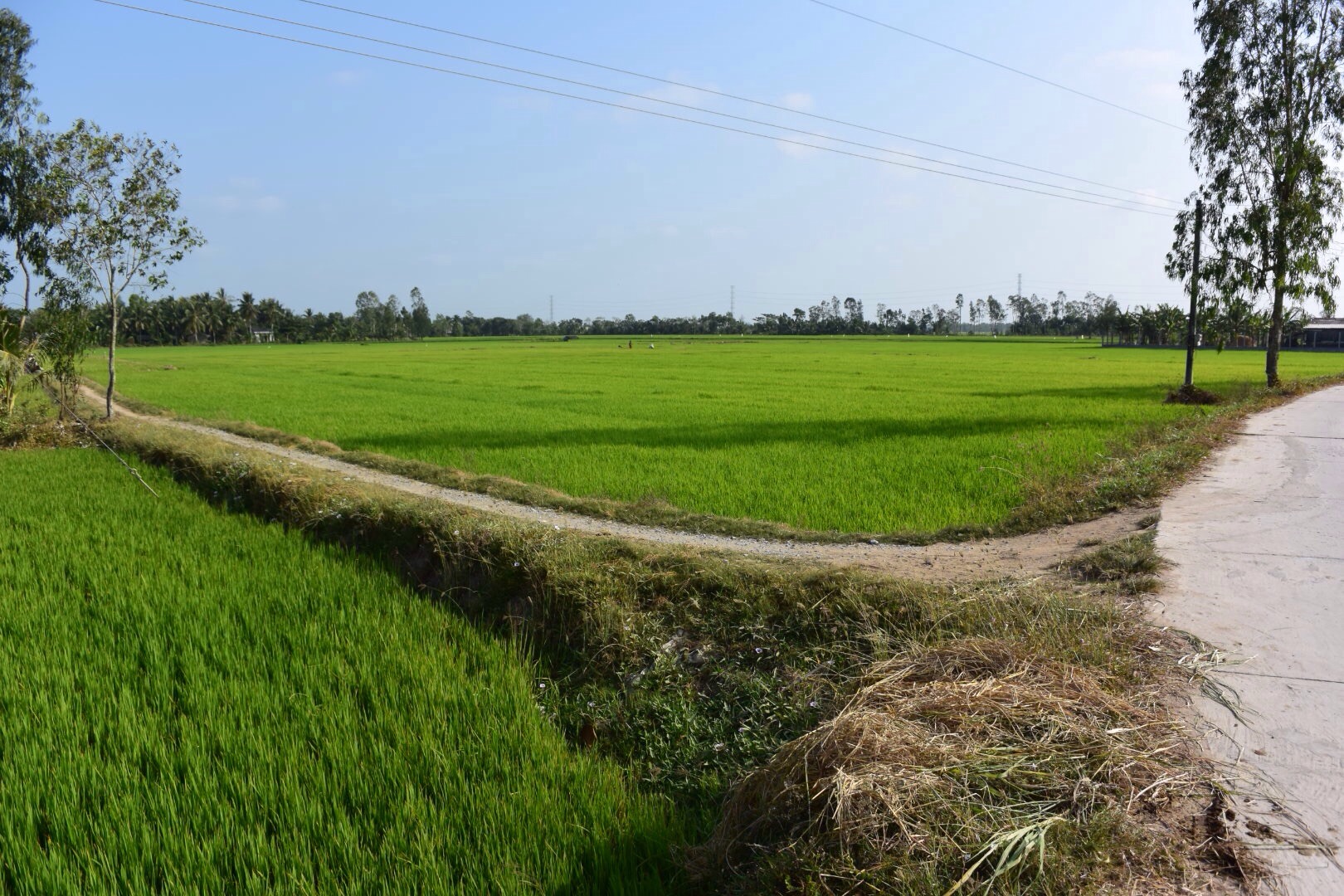 Once again each twist and turn brought a new sight, from ducks in the canals, to water buffalo in front gardens. Not to mention the three gentlemen carrying quite a few live ducks in bags attached all available parts of their scooters. 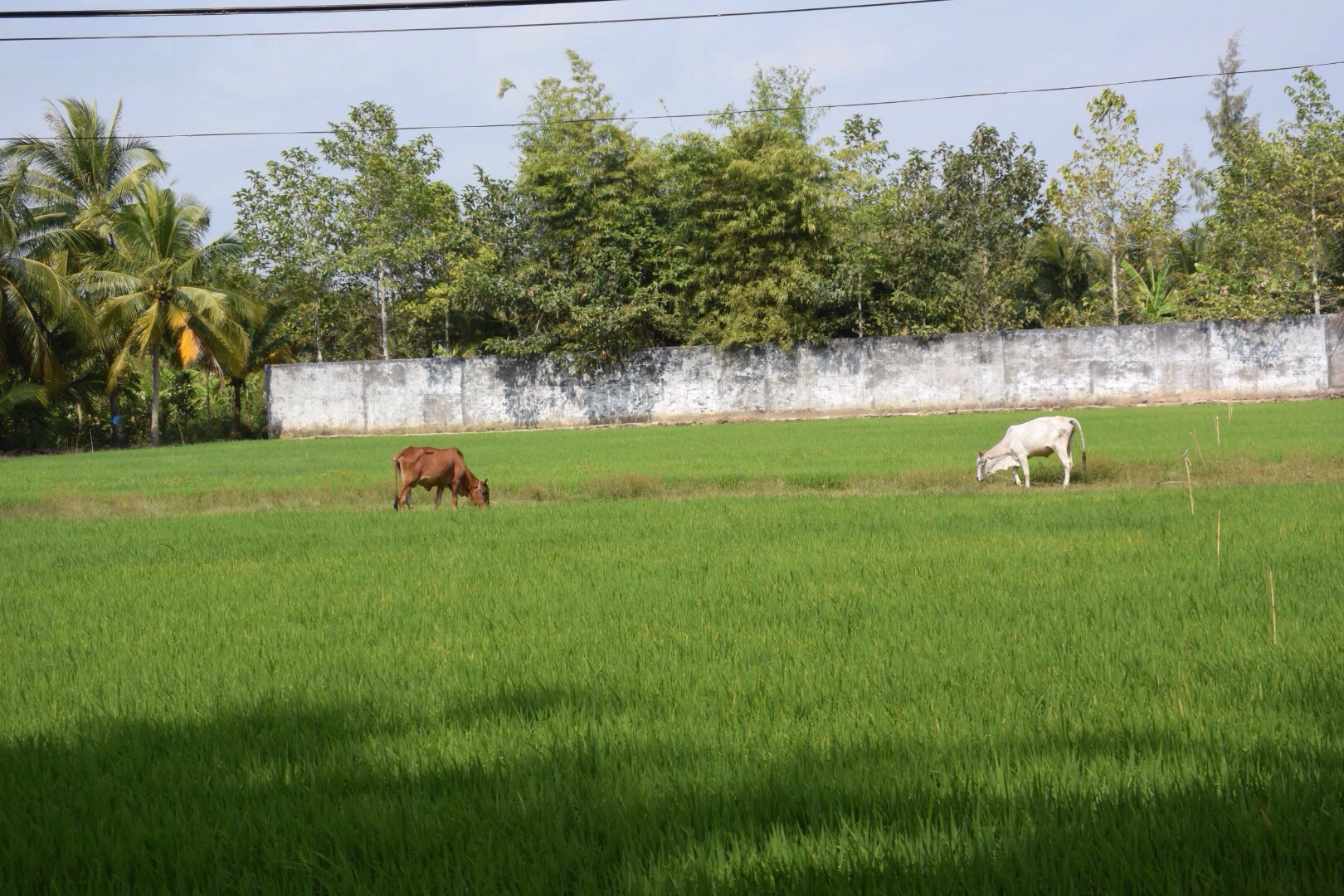 With narrow paths and rough surfaces, this twisting turning route took its toll, and our day of mishaps began with a couple of punctures in quick succession. Phat and Hai got the bikes back on the road in no time though, and the short pause in our journey gave us time to catch our breath and breath in our surroundings.

Then Daryl took an unplanned detour into a paddy field after being caught off balance whilst looking over his shoulder to check riders behind were OK. To those of us in front there was the sound of something crashing through undergrowth and he was gone. Off the bike and in the undergrowth, unfortunately losing his camera in the process despite Hai’s best attempts to find it.

Then shortly afterwards, Jo came off her bike and tumbled 8 feet down a bank, almost ending up in the river. She was incredibly brave, and after being checked out by Dr Alex was back on her bike, bearing a few cuts and bruises and a sore wrist but still smiling.

Michelle dropped out of the final stage before lunch when her bruised bottom proved too painful for each pedal stroke. But after a reviving lunch, a seat adjustment, and some painkillers, she completed the rest of the day back in the saddle.

The children that run out to shout hello and wave at us are a real boost, particularly on long days like today – it gives me more of a burst of energy than any gel would do. 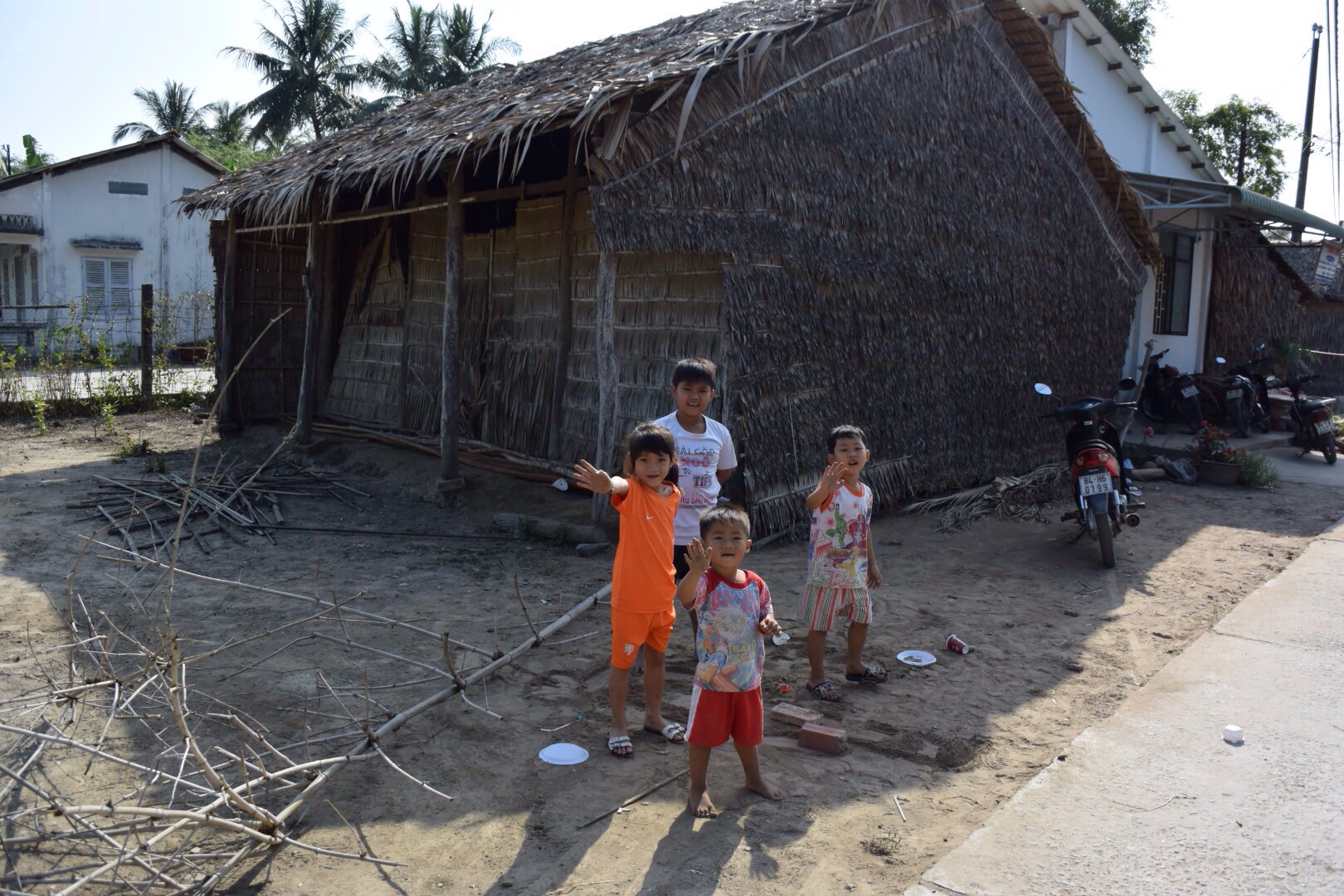 The next incident back on the bikes was thankfully relatively minor. The route through the paddy fields involved a number of sharp bends and at one Regan ended up crashing through a fence. Thankfully she came out unscathed but the fence needed a bit of patching up. 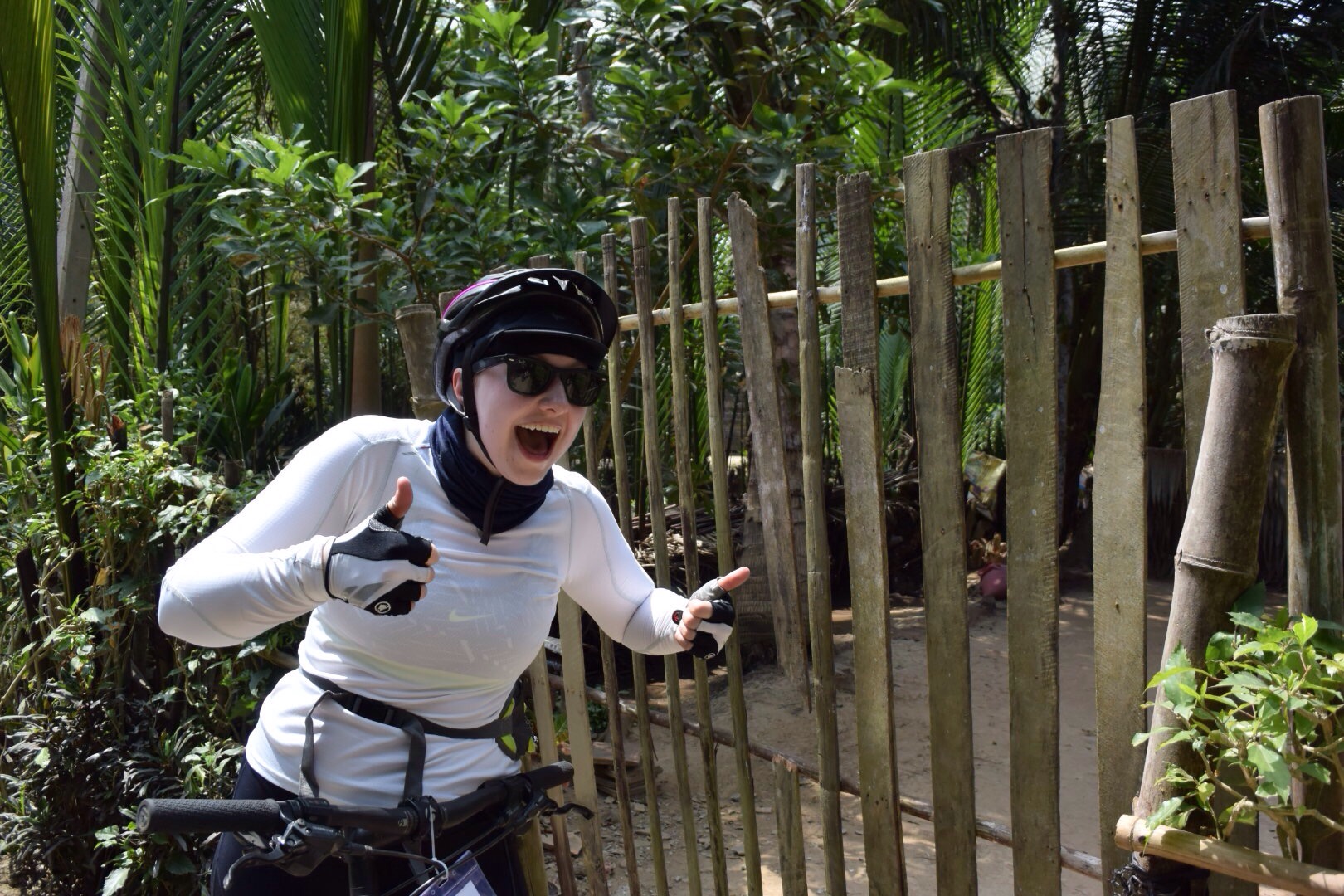 The final and most dramatic incident too place in the middle of the afternoon when Kathryn and Gill bumped handlebars whilst travelling at speed, and both ended up flat out on the tarmac.

We really appreciated having Dr Alex with us, as a calm head who immediately assessed the situation and took control. He relocated Gill’s shoulder on the road and cleaned up her grazes, as well as patching up Kathryn too. 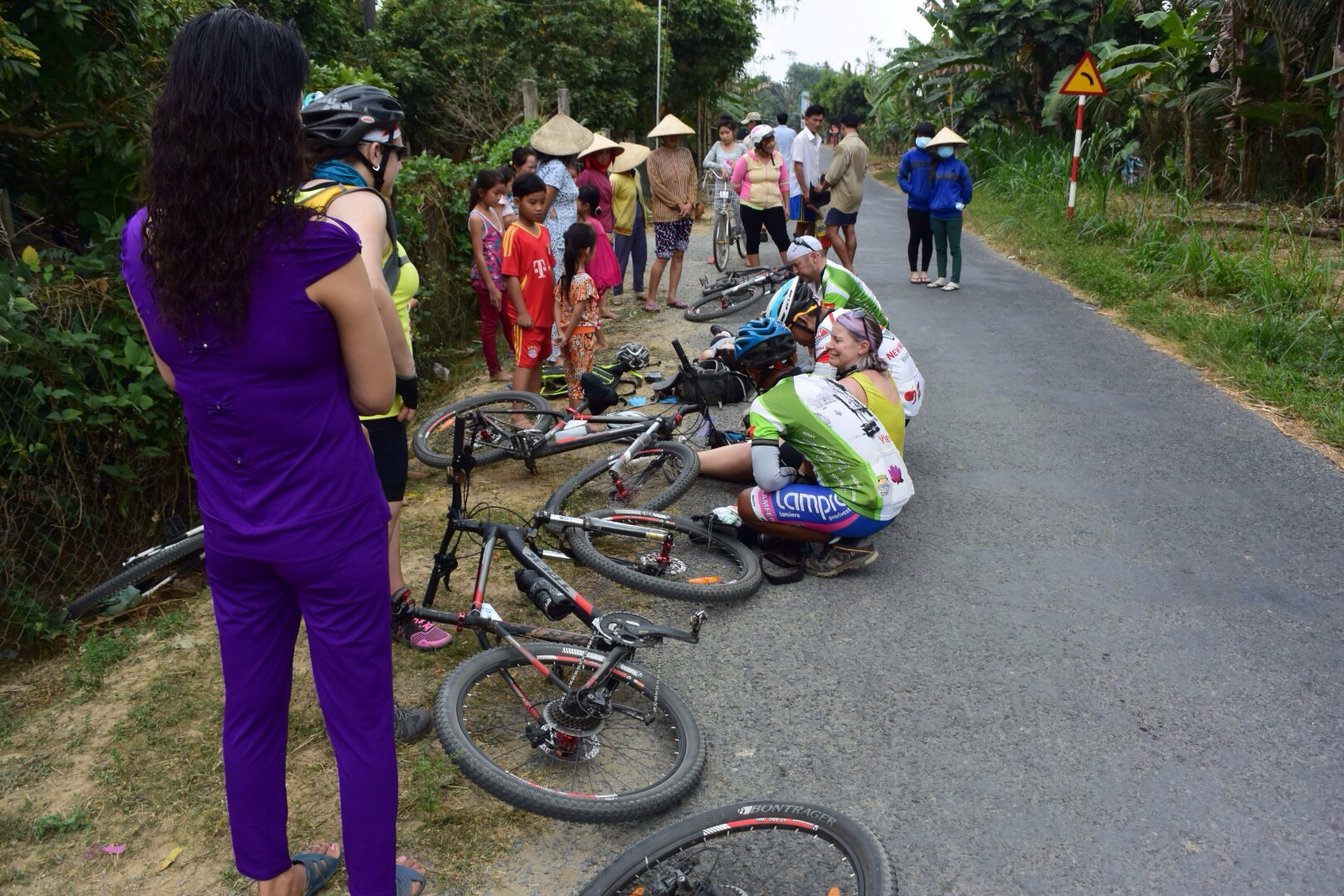 The way that Alex, Phat, and Hai managed the whole situation was superb. They got transport to take Gill to a nearby hospital for an X-ray, while the rest of us continued our ride.

There was a huge round of applause as we picked up Gill from outside the hospital, wound dressed and strapped up. She was smiling and making light of it, but it must have been a very scary experience.

Thankfully the rest of us made it to the end of a long day with no further mishaps, and enjoyed a beautiful setting sun as we took a ferry ride across the river to Can Tho. 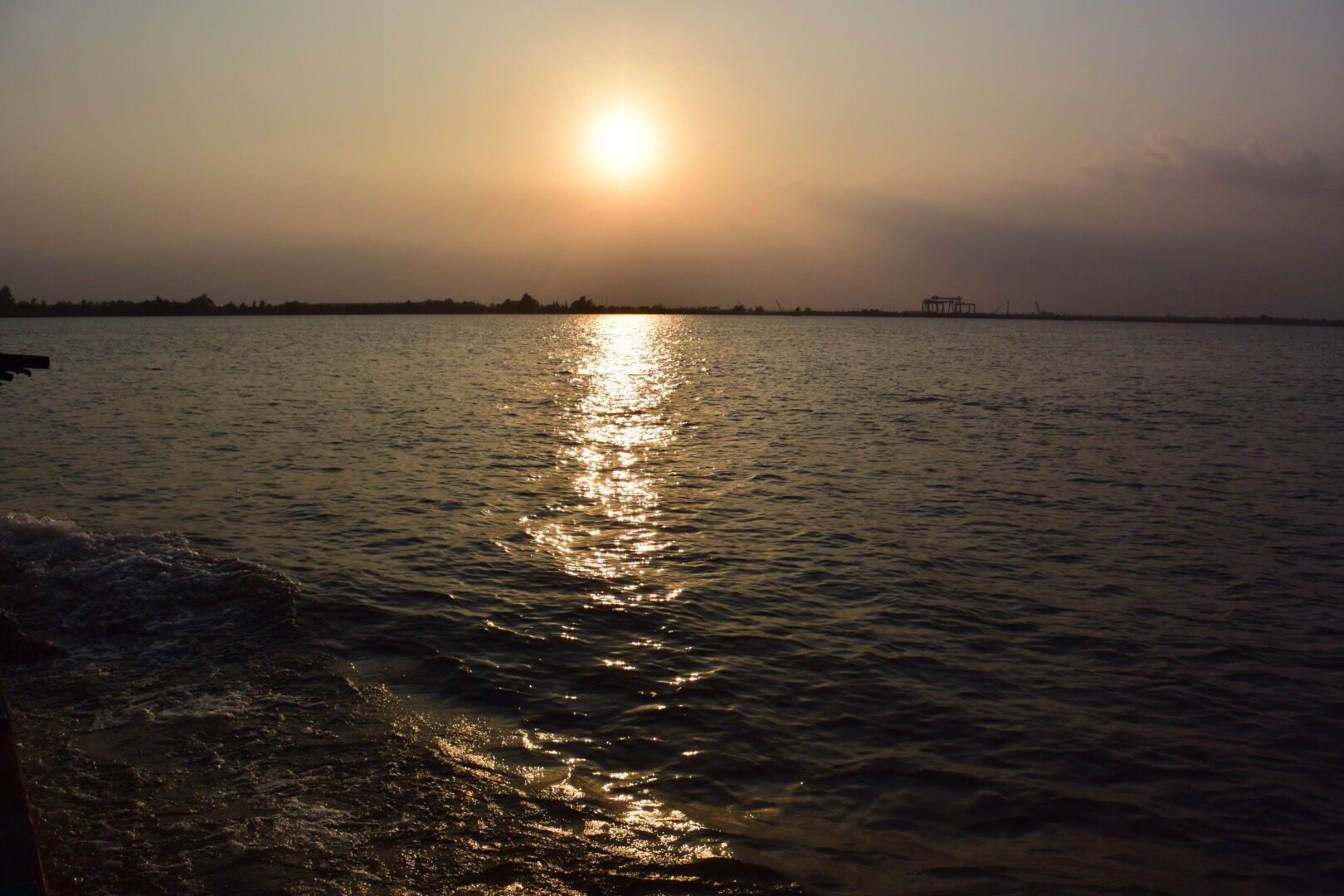