A 6:30am start this morning and a short minibus ride out of the city. We were promised a relatively short and easy paced ride after the previous two long days, giving us plenty of opportunity to take photographs.

It was slightly cooler at this time in the morning as we set off. Along the riverside route we saw a man making Chinese Dragon heads for the upcoming New Year celebrations, and women making bricks. 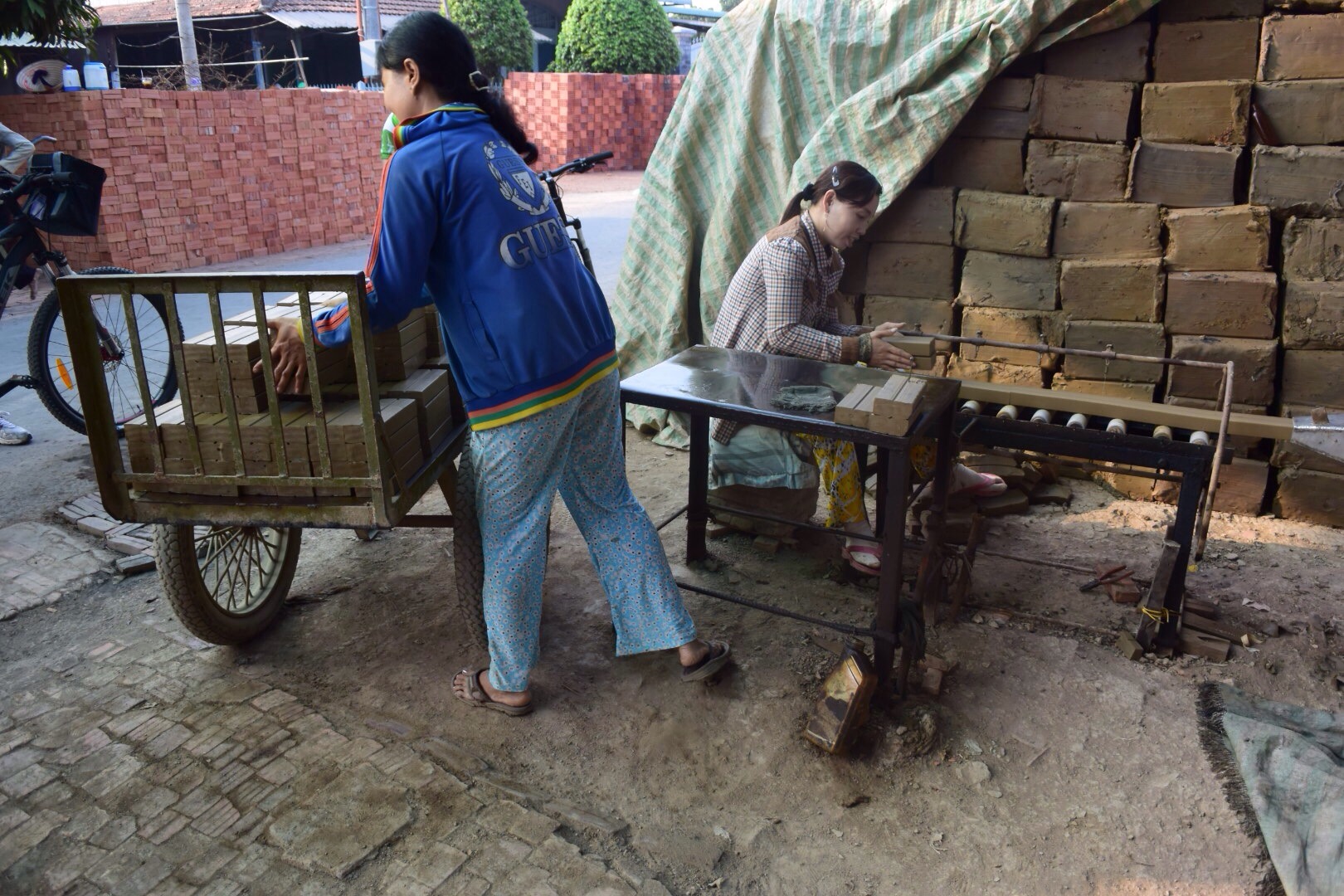 There were also several field of yellow and gold flowers that looked like marigolds. Also some sunflowers and lilies. The roads were quite good condition and we cruised along quite comfortably. We stopped at a frog farm which were being reared for meat. The Vietnamese call these “jumping chickens”. 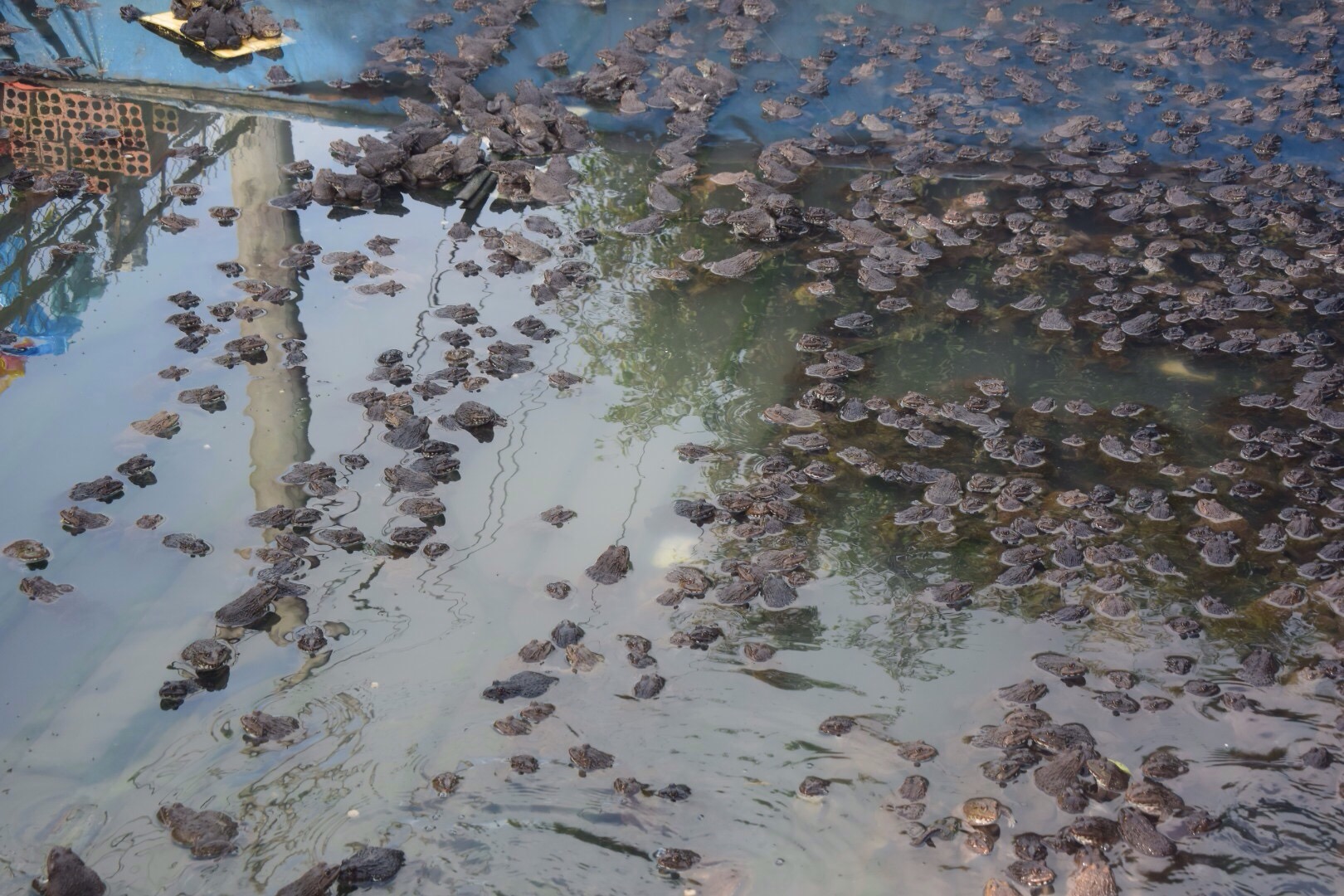 We enjoyed fresh coconuts at the first rest stop – the coconut water was very refreshing and the flesh delicate. As we sat by the bank of the river the coconut and water boats arrived to replenish the shop stocks. 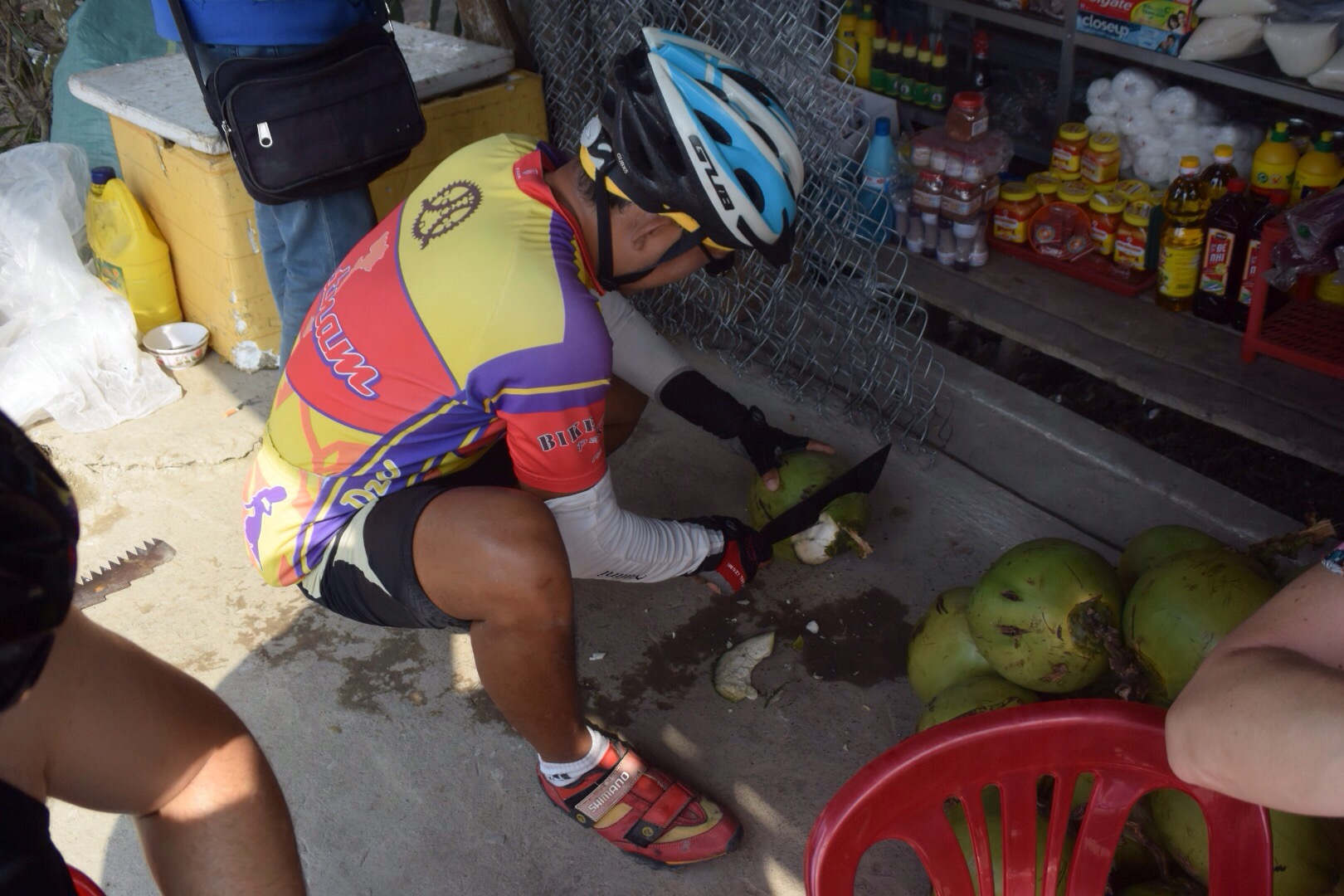 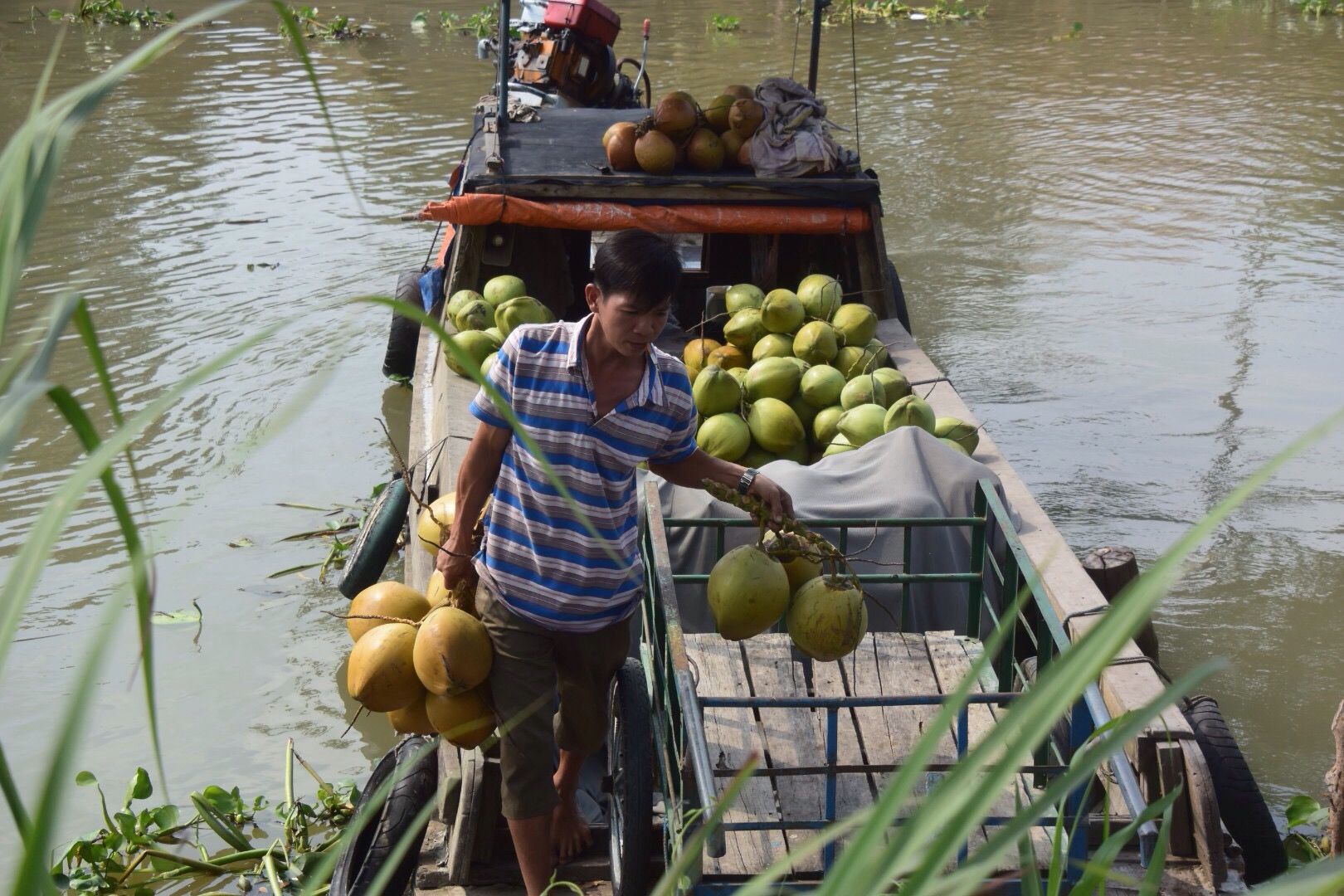 The most challenging part of the ride this morning was 3 large bridges one after another, with sharp 90 degree bends in between. By this point though we’d all achieved a level of technical ability that meant we navigated our way through without incident.

We had an easy ride to ride to the lunch stop where we enjoyed vegetable and fruit salad, omelette and beef, rice and soup. As we were leaving Kathryn spotted a boy also sporting purple hair, cue another photo opportunity! 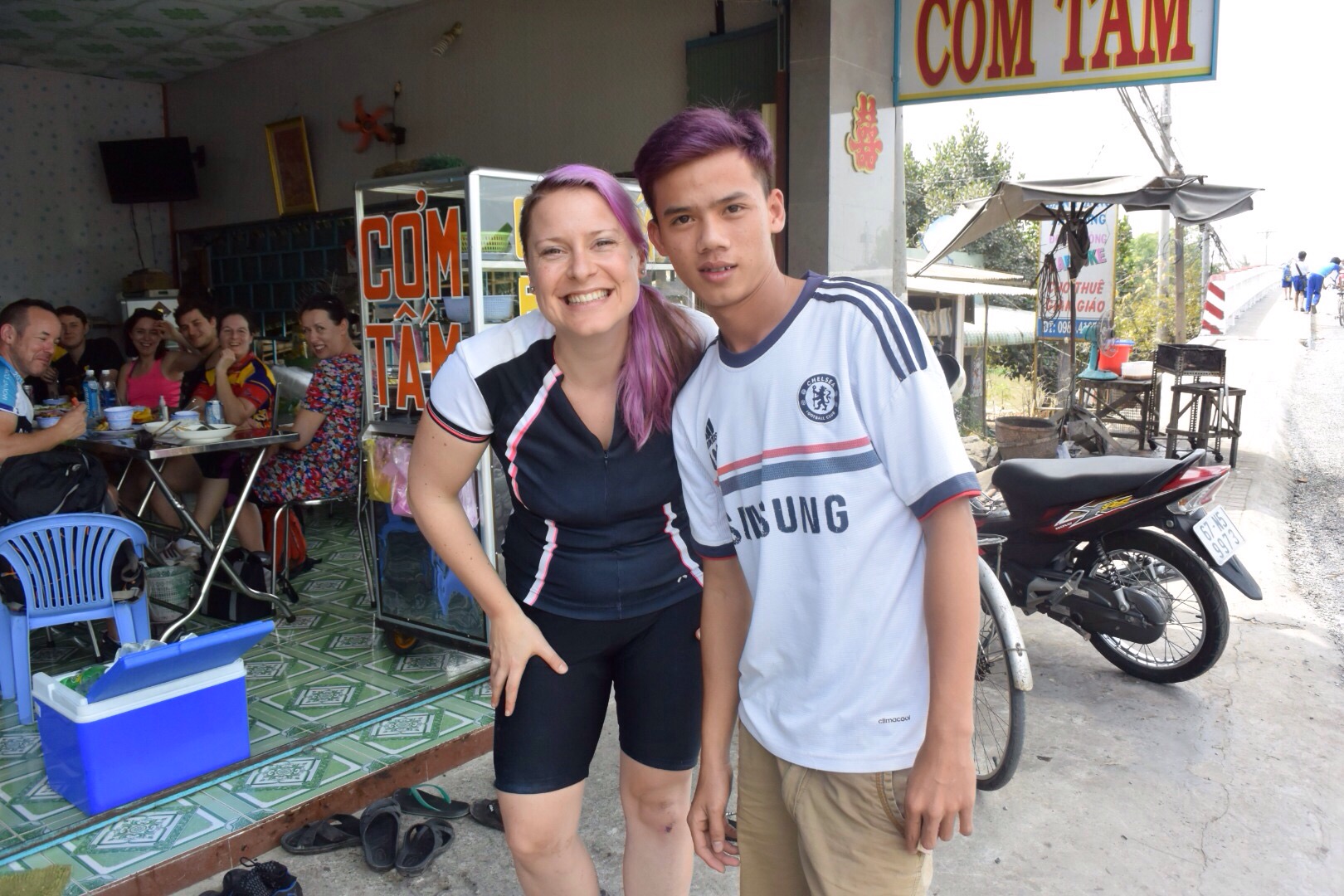 Eventually we reached a small town where the Vietnam cycling part of our trip was to end. It was strange to remove the seats and pedals and say goodbye to our bikes, which (on the whole) had looked after us well for the last few days.

We boarded the minibus for the journey to our hotel, and once again the landscape changed. Mountains suddenly appeared on either side of the road which seemed very alien having spent 4 days cycling through flat lands.

At the hotel we had a very fast turnaround as time was tight for us to visit a nearby CARE climate change project. A local CARE representative joined us on the bus and explained the background to the project. It has a number of goals but the crux of it is to give people the knowledge and means to adapt and cope with the impact climate change is having on their lives.

We sat down for a meeting with quite a few members of the group and had the opportunity to ask them questions about what they were gaining from the project. Several had received microfinance loans to expand their business, although this was only a small part of the program and run locally and not through lend with care. 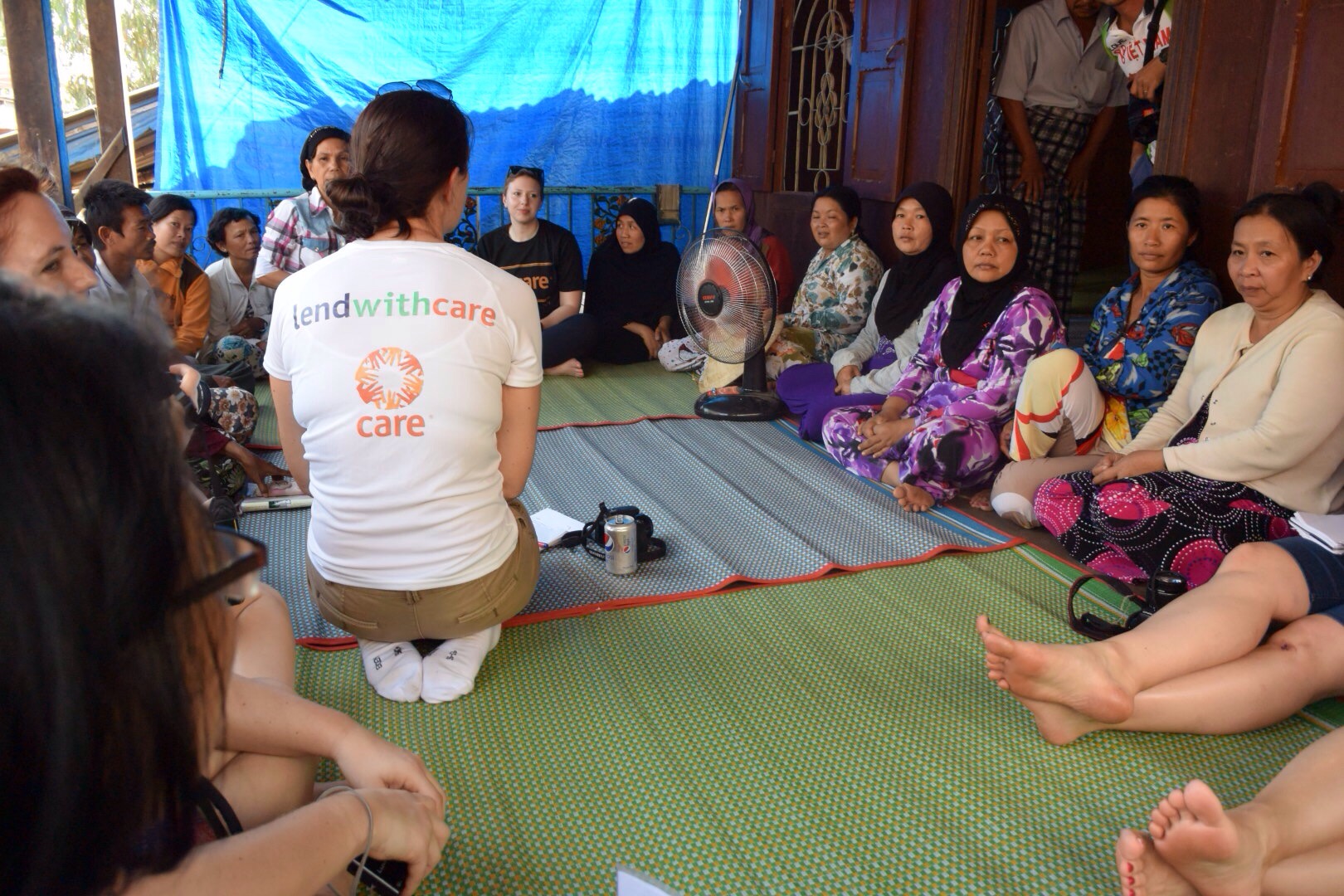 Most of the group were women, for whom a key benefit was to be able to set up a business they could run from home, such as a stall to sell gifts or fabric. One of the gentlemen was a pig farmer and the project had helped him use a new way of bedding down his pigs which didn’t take as much time but also provided a better by product that could be used to fertilize the land.

After the meeting we went for a short tour around the village where one of the group members proudly showed us her newly built house. In fact it was so new she hadn’t yet had time to move into it with her son who has difficulty walking after suffering from polio when he was younger.

We had an opportunity to buy gifts from some of the locals that had stalls. Their sales skills were second to none, with great knowledge of their products and taking every opportunity to up-sell. We also saw one of the women weaving elegant scarves. 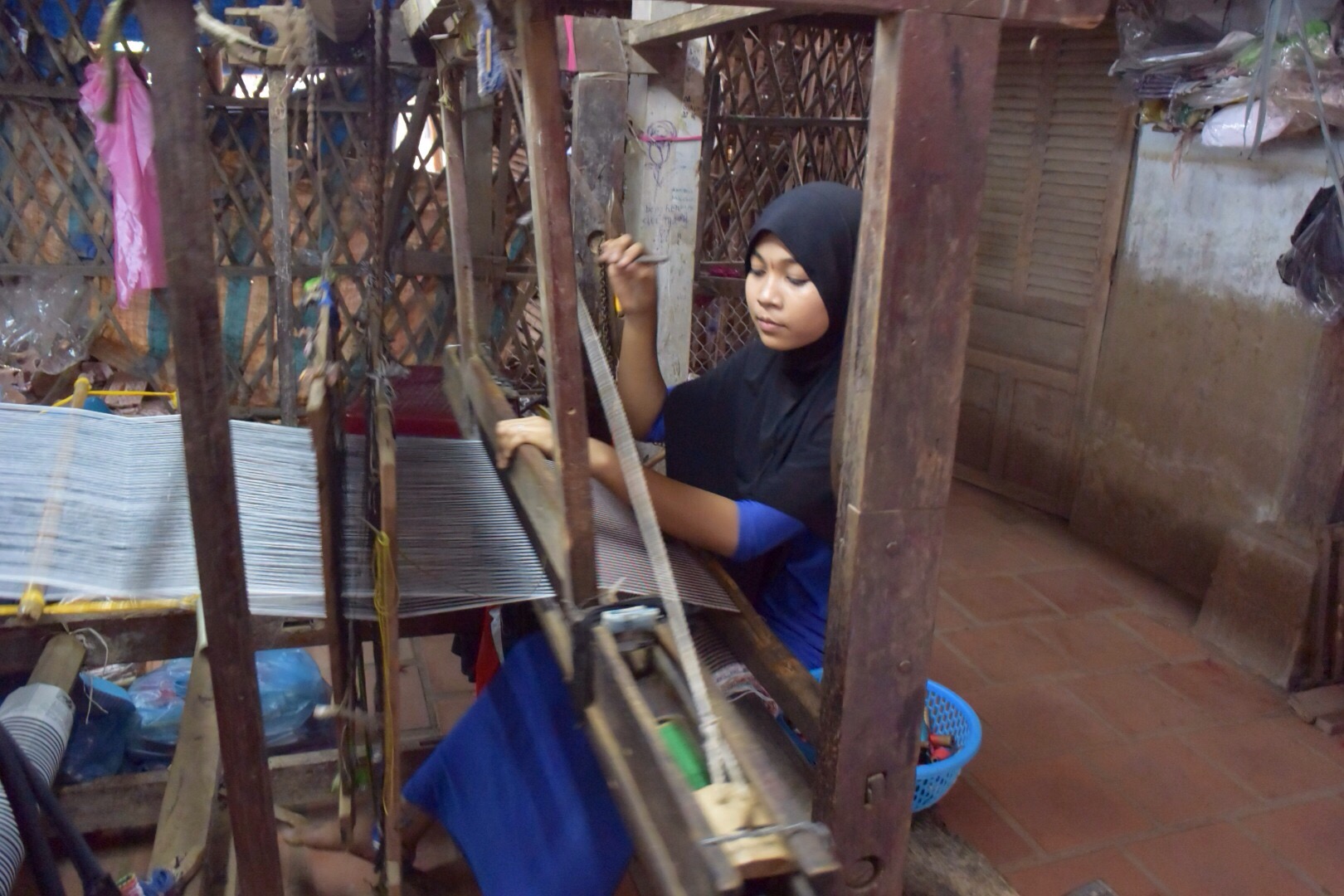 By now the sun was starting to set and so we headed back to our hotel. Knowing that this was our last night in Vietnam and that we didn’t have to cycle the following day, we headed off after dinner to a karaoke bar across the street.

The Vietnamese love karaoke so we’d been keen to indulge in this part of the culture having heard loud music coming from the most unlikely places over the past few days.

With crates of beer and water brought into our room we all sang the night away, and just after midnight gave a rousing rendition of “Happy Birthday” to Dan. A fantastic evening that was a fitting end to our time in Vietnam, a country that I want to come back and explore in more detail.